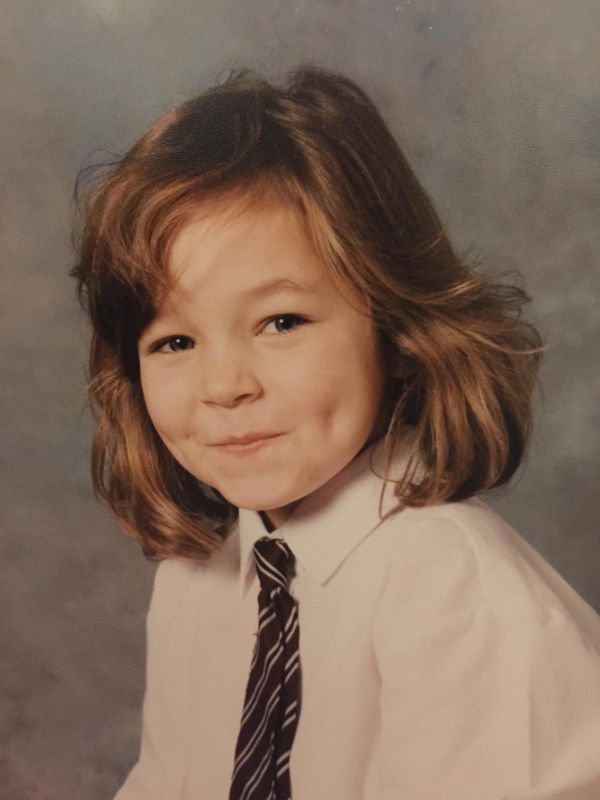 Veganism exploded at the end of last year and has continued to grow at an unstoppable rate in 2019. It seems like every day there is a new vegan product at my local supermarket, a new vegan friendly restaurant or an old restaurant with a brand-new shiny vegan menu. The vegan community has grown so much in the last couple of years and I am excited to be a part of it.

As many vegetarians and vegans do, I get asked- a lot, why I am a vegan. I never know, how to answer… for me it isn’t just one clear reason, one easy answer. As discussed in my previous blog post ‘The Evolution of the Sunday Roast’ I became vegetarian at the age of twenty-one, which was only ten years ago (yes, I am very very young!) but it has been quite a journey already.

One of my earliest memories is refusing to go into our local Butchers and standing outside crying, much to the dismay of the owner! I grew up in a meat loving family, I knew very little of the realities of the animal industry, and vegetarianism, let alone veganism, wasn’t a popular diet choice at all. Despite all this I was a child who hated meat and I fought it and questioned it all the time.

I became a pescatarian when I started University, it was the easiest decision I have ever made. It felt so right- unlike others, I wasn’t giving up anything that I loved. It was freeing. My journey to veganism has been such a gradual process, I have slowly gained confidence in myself and my decision and now I hope to constantly educate myself about the ever-changing animal and plant-based food industries.

I became a pescatarian because it suited me. I lost weight, I felt great. It wasn’t difficult. I still knew very little about the food industry or the ethical implications of my diet, but that was changing as I started to understand my choices more.

A year after I gave up meat, I stopped eating gelatine (bye bye Haribo!). It may sound strange, but I loved not eating meat and the feeling that my body was totally free of any animal products. I started to realise, it felt wrong to consume anything that had once been alive; living and breathing. This led me to stop eating fish about four years after becoming a pescatarian.

One thing, I am very passionate about, is the freedom we all must have to make our own choices. Many veggies and vegans have a bad reputation as being pushers of our diets, being judgemental and self-important. I would never judge or impose any belief on anyone and I would expect the same understanding in return. Our bodies, our choice- whether you are a carnivore or a herbivore. All I can speak of, is my experience becoming a vegetarian and recently a vegan. And it has been incredible.

When I started dating my now husband, he had started to transition away from meat. He had never eaten fish and had started to eat less meat and more vegetarian food. By the time we got together he was pretty much there (he ate meat maybe three or four times the first year we were together). It was the first time, I had ever dated someone with the same diet as me, and it was great. We cooked together, we experimented together- it was just easy, and this encouraged me to really embrace vegetarianism and do my research. In the six years we have been together I have cooked meat twice, and it makes me so happy to think that our house is totally meat free!

We started to experiment with veganism three or four years ago, we would do ‘detox’ months, where we would drink less alcohol and stop eating dairy.

After some research, we permanently stopped drinking cow’s milk and using butter. Again, for us, an easy decision once we had read a little about the industry and the effect it had on our bodies.

We tried to ‘go vegan’ a couple of times a year and I will be honest, every time, I hated it. I loved cheese and eggs, so for me it was difficult. Each time, I would eagerly count down the days in the month, willing it to be over so I could enjoy some poached eggs on toast or a nice cheese sandwich again! I had convinced myself that the boost of protein I got from eggs couldn’t be matched by anything else and I felt like I was missing out every time we had our detox months.

Then last August 2018… we went vegan for a month again. But this time it was different. I had done a lot more research about our choices, our alternatives and it was easier than ever following the vegan boom! We were eating better than ever, and it really felt good. We had run out of excuses.

The month came and went, and we decided to give it another couple of weeks… we had a holiday coming up and a friend of ours was coming to stay. We had rented the gorgeous Falconer’s Lodge in the middle of Thetford Forest and thought we would give ourselves, the ‘week off’ veganism. We stopped at Sainsburys on the way to the lodge and filled the car up… we bought some eggs and we got every cheese we could think of for a wine and cheese night. We were ready for our week off and I was excited. All the lovely foods we had gone without for six weeks- I was ready to enjoy again.

We had two wine and cheese nights in the end. The first was great, I was a little tentative- not wanting to overdo it, so I had a little and I enjoyed it. We had loads of cheese left over, so a couple of nights later we sat down again. This time, we certainly were less mindful, and we suffered for it. That was the night, I put myself off cheese. We both felt dreadful, we didn’t sleep, we were bloated, we felt so uncomfortable. We had done, what I thought was impossible … we had over-dosed on cheese!

The eggs sat on the counter top in the kitchen all week… on our last morning, we thought we better use them, so I made scrambled eggs, an old favourite. It was nice, but it wasn’t amazing, and I felt underwhelmed and a little confused as to why I had built them up so much in my head.

So, we returned to the vegan diet with the knowledge that we really weren’t missing out on anything… And that was about six months ago.

As I said, I am learning all the time and I’m not afraid to make mistakes. You can’t be. It’s not easy but you have to find what works best for you. You won’t be perfect all the time, and you don’t have to be.

Over the next few months, we will focus on eating more fresh foods and plant-based dishes rather than over-indulging on the many processed (albeit delicious) vegan junk food options. I have also started taking a vegan multi vitamin which has been brilliant at ensuring I don’t miss out on anything important. Becoming vegan, has been fantastic for both of us. I feel better than ever and I am enjoying learning all about the vegan world and for the first time ever really educating myself about the food industry.

When people ask me why I am vegan, I still don’t really know how to answer them… maybe I will eventually – as for right now, I am loving every minute of being a baby vegan and finding my own way. Choosing to be inspired and not intimidated has been a revelation, gaining the confidence to try- not to stress or worry about making mistakes or being the ‘perfect vegan’. As you can see from my journey from meat eater to vegan, it has been a gradual process, we learn and evolve as we figure out what works for us.

If you are intrigued go for it! For yourself and for the planet. There really isn’t a better diet out there. Have a veggie food day or a vegan food day each week. Experiment. The options, advice and help, out there is endless and it’s all for the love of food right!?

The Wonderful World of Podcasts

The Power of Journaling

Generosity of Spirit. One Year Later