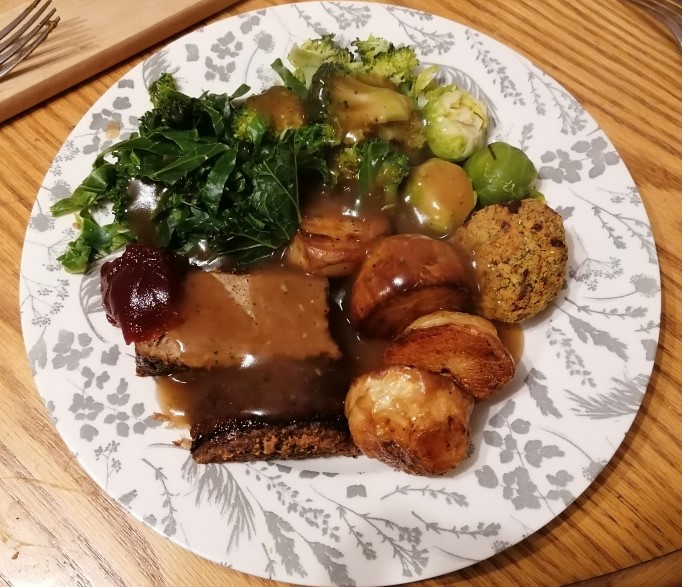 One of my favourite things to do as a vegan is introduce my friends and family to delicious vegan food! And one of the best feelings in the world, is when they love it.

My very best friend was born in Texas and grew up in Denver, Colorado… as fate would have it, she moved to Norwich, Norfolk a few years before I did from London- and after meeting her on my very first day at school, I feel lucky to still be able to call her my best friend nearly 20 years later.

This year for the first time in a long time, we got to celebrate Thanksgiving together. As a meat eater it was my friends first ever vegan Thanksgiving- but it was actually mine too!

I started this blog with ‘The Evolution of the Sunday Roast’, and I feel like all my years of cooking a traditional roast and the evolution from meat, to vegetarian to vegan has enabled me to perfect it. Now, I find a roast dinner one of the easiest meal to make! It is all about the timings and relying on good old-fashioned simple flavours. In one hour flat I can get a delicious roast onto the plate.

The Star of the Show

All roasts need a delicious centre piece and I have so many recipes and vegan power house meals up my sleeve to really deliver. I knew for our first ever vegan Thanksgiving, I needed a tried and tested, delicious and reliable centre piece. Enter- Linda McCartney’s Vegan Friendly Beef Roast with Red Wine and Shallot Glaze. Linda’s vegan roast is juicy and hearty, the glaze is sweet and morish and it wows even the most hardcore of meateaters. Bake in the oven at 190°C for about 50 minutes- perfect every single time.

Veg, veg and more veg. When I make a roast dinner, I like to fill half the plate with vegetables. I love all vegetables, but I love going all green in a roast. My go-to for some green power are brussel sprouts, kale, green cabbage and broccoli. I simply steam my veg right at the end of the cook. In 5-10 minutes (depending on the veg) you can steam veg to perfection. It is healthy, doesn’t compromise flavour and it is so quick and easy!

You can’t make a roast dinner without roast potatoes and they have to be crispy on the outside and fluffy on the inside. I used to faff around, par-boiling, chilling, roughly tossing and squashing roast potatoes and while all these techniques work- again focussing on ease and quickness, I recommend… small potatoes!

Sounds simple doesn’t it? And it is! I choose some good quality dainty potatoes, which I peel, wash and chop in half. I toss them in a bowl with three- four tablespoons of vegetable oil and season with salt and pepper- pour out onto a baking tray and roast for 45-55 minutes. And honestly, perfect every time. Small and mighty.

I am also a very big fan of stuffing, it is often the first supporting cast member to be missed but it really adds so much flavour and texture to a vegan roast. You can buy so many mixes ready to go, and one of my favourites is Mrs Crimble’s Sage and Onion Stuffing Mix which is also gluten free.

But, if you fancy making your own, it could not be easier!

Salt and pepper to taste

Gently fry the onions in the margarine until golden brown, then add the sage, seasoning and breadcrumbs.

In a bowl bind with the yeast extract and water and divide the mix into 10 and shape into balls – slightly wet hands will help if the mixture is sticky.

Bake the stuffing balls on a greased tray for 20 minutes in a preheated oven until fully cooked and piping hot.

If there is one thing, I would like you to take away from this blog is- never, ever, underestimate gravy. Your gravy needs to do it all. Dishing up a roast dinner with so many components can take time. I leave making or taking my gravy off the heat to the very last second so I can pour piping hot gravy all over my roast – this reinvigorates your veggies, particularly if they have stood for a time while you have been putting your plate together. Your gravy touches every single part of your meal and it has to envelop and enhance all your flavours so couldn’t be more important. It is very similar to stuffing because you can buy some amazing and convenient instant granule mixes- but is also very easy (and satisfying!) to make you own.

A pinch of freshly grated nutmeg

Sprinkle flour on top and cook, stirring, until golden brown, 4 to 5 minutes. Slowly whisk in stock. Add rosemary and bring to a boil. Reduce heat and simmer, stirring occasionally, until thickened, 8 to 12 minutes.

Stir in soy sauce, nutmeg and 1/2 teaspoon pepper and cook for a further minute. Strain just before serving

My friend made it very clear we could not have vegan Thanksgiving without Pumpkin Pie… as my friend is gluten-free we embarked on our very first gluten free, vegan Pumpkin Pie creation! We found a great recipe on My Quiet Kitchen and teamed it with some vegan whipped cream!

3 to 4 tbsp almond or cashew butter

1 can of pumpkin puree

3/4 tsp cinnamon plus extra for garnish

Preheat oven to 190°C / 170°C (fan). Prebake the pie crust for about 10 minutes or follow package directions if using a store-bought crust.

Once the filling is smooth and creamy, pour it into the prebaked pie crust. Bake for 50 to 55 minutes or until the centre looks just set. *Depending on the crust you’re using, you may need to cover the edges with foil or a pie crust shield after 25 – 30 minutes to prevent it from getting too brown.

Let the pie cool to room temperature, then cover and refrigerate at least 3 to 4 hours before serving.

Can I take a moment to really ask why any food or centre piece on any plate of food needs to come from an animal? We are spoilt for choice in the plant-based world. I love that being vegan, and serving vegan food never ever means compromising on nutrition or flavour, and bonus- you get to not be part of killing or exploiting any other living creature and you get to put nothing but plant-based food into your body! I have to tell you, that alone feels wonderful but to really sell it… the food tastes truly wonderful too!

When I think of my childhood roast dinners all centred around meat, I honestly shudder. The future is plant based and as I have always maintained I love the variety in life and will never judge others for being meat eaters, but I also think that the time has come for us all, meat eaters, vegetarians and vegans to really embrace plant based living … even if that means going meat free a few days of the week.

I was so thankful to be able to share Thanksgiving with my best friend and had a lot of fun creating a plant-based feast! So even if you are not vegan, please give it a go! I promise you will feel full and powerful after a plate of plant-based goodies! 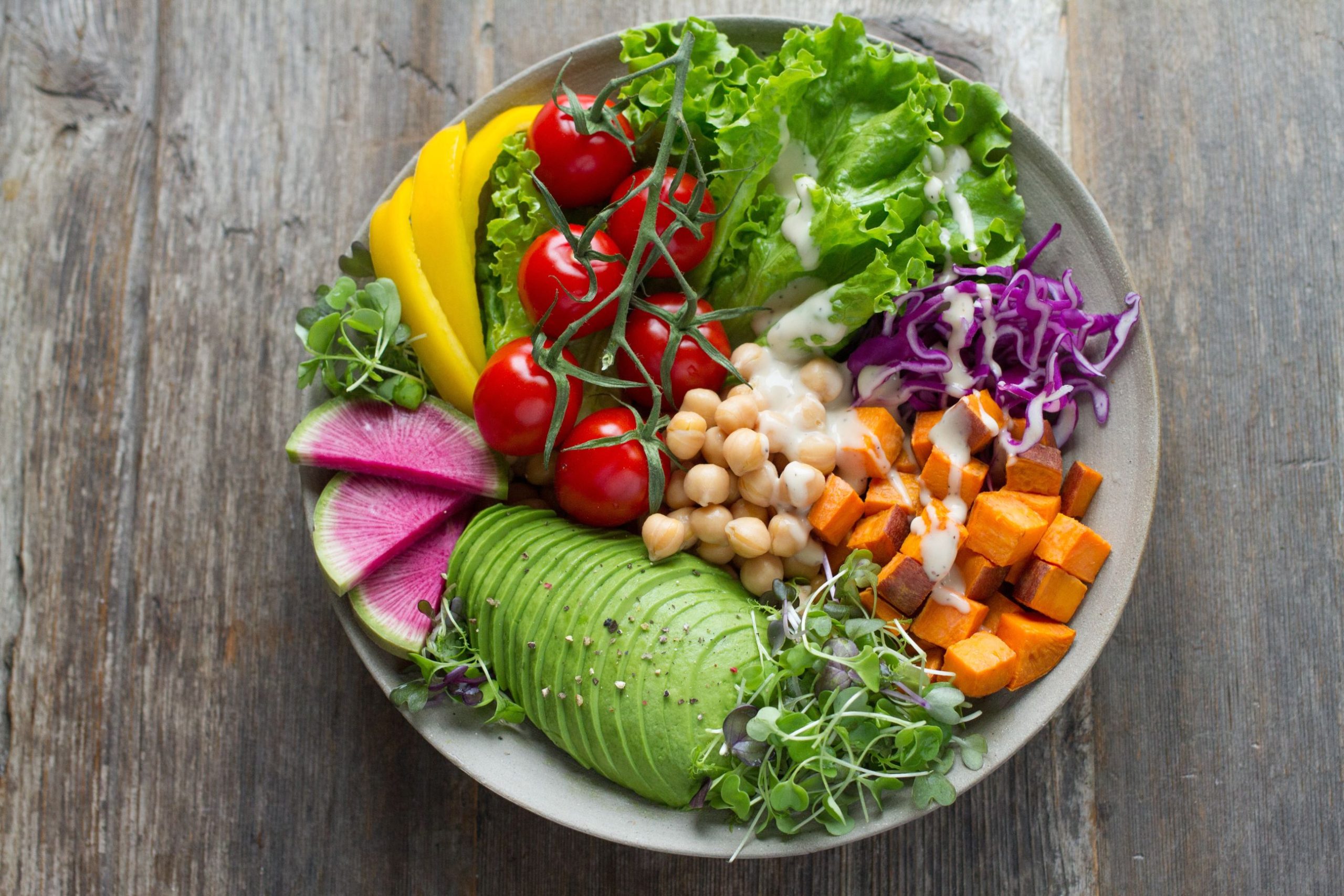